Our users know that Steam platform is vulnerable and they ask us to make a cheat for Dota 2, which includes stock functionality and the ability to connect additional functionality to the main cheat. Script list is availible for all our users, you only need to read the instruction on how to connect the script. Most of the functionality uses the game engine, do not worry about the VAC ban, it is mostly technically impossible. With our private cheat for Dota 2, your level in gaming will increase compared to othere gamers. Built-in scripts will help you perform actions automatically.If you enable the Disable tab features in the menu, you'll use assigned items from the inventory or hero's abilities that can prevent an attack from an opponent.The built-in features will help you to set up a comfortable game. Below you can find features, such as changing the landscape, adjusting the height of the camera, displaying the health of the opponent, displaying the number of physical attacks before killing the opponent, displaying the opponent's teleportation, sound and visual warning of invisible players near you and many other features. 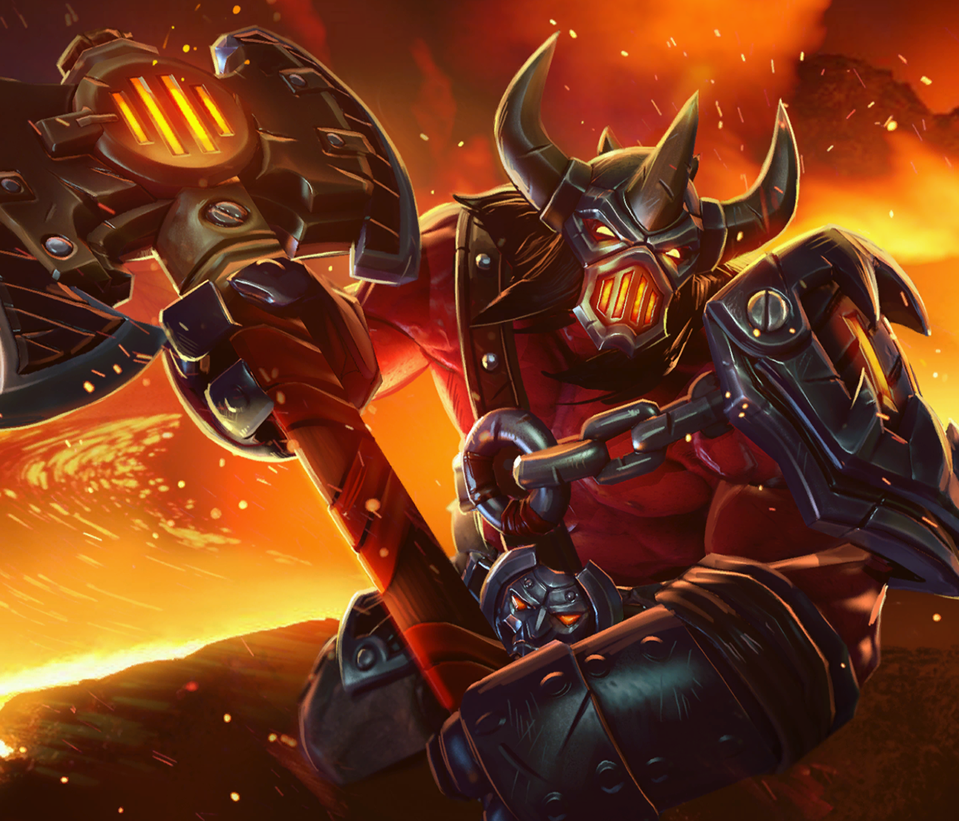 “We are blocking VAC until Dota 2 is launched. The soft is stable on the latest patch, the functionality listed below is written selectively, if you want to get acquainted with all the soft scripts, contact our support service, we will give you this information.”

Our cheat is actively developing. It is tested by a group of people who identify bugs and report them to us. The cheat is easy to use. We've written a detailed instruction for each item of the software, especially for our users, you need only to buy and play.

Why do you need to buy items in Dota 2 when you can get them all for free. Our cheat allows you to add all Dota 2 items to your inventory and use them for free.

Are you afraid that after the purchase you will not understand the menu? It's become easier to configure cheat, settings are always saved, even if you subscription is over. 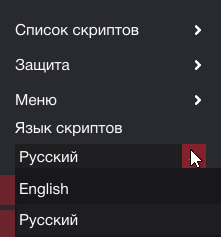 The video says the faster an attack speed, the more bashes you have. The video shows Anti-Mage, who stroke Axe only before his death.

There are detailed explanations on Auto Hook Pudge; Skywrath Mage and Shadow Fiend setting in the video. 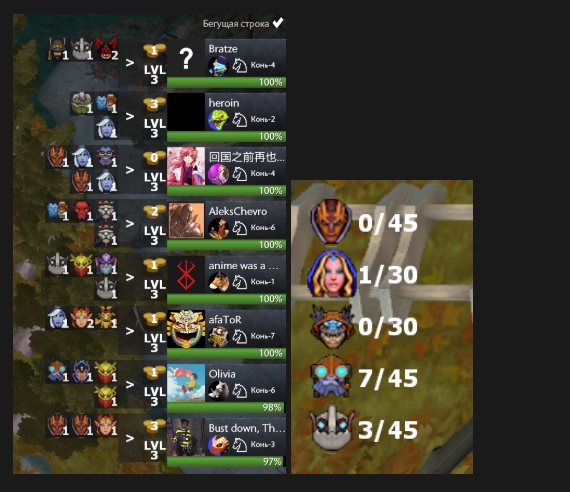 By buying our cheat, you get an access to the info creen script, which contains functions for playing Auto chess. Which contains full information about your competitors.

Analysis shows that the bot in battles will be effective up to 4500 mmr, at this rating people begin to walk together and prevent killing. The bot farming itself works perfectly, video shows, that the bot AUTO farm and farm creeps well. Anyway the bot will play better than you, even without experience.

Partial Maphack will always be convenient

There is no real Maphack, we've created a partial Maphack, which allows you to see already used features during the war, there are also heros' teleportation features, which you can see on the full map, farm forest creeps and directed abilities.

The immortal anti-magic is quite real

Dodger mode is switched automatically but it's not customized for you, you need to customize it at the beginning of the game on the basis of picking enemy heroes, this feature evades or reflects abilities that can control you and cause damage, basically each doter will benefit from this feature. 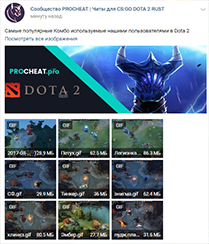 The most popular combos among our users

We observe what features are popular among our users, thanks to your advice, we have polished most of the characters, and now you can relax and watch the cheat play for you.

Yaroslav Kuznetsov NS about our software

Yaroslav correctly said on his YouTube channel "Dota Universe by RuHub", that there are still errors in the implementation, but the cheat can play better than any newcomer. In any case, we're going to improve our soft. At the start of the release, we received offers from top players to implement individual scripts that will not be noticed by VAC. 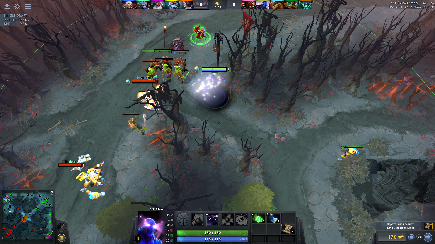 No problems with vision

We were thinking about how to be unnoticed for enemy wards and how to deward them. We found a tough call, so if you fall under enemy units, wards or creeps, the visibility effect is automatically switched on. Isn't it cool?

Do you feel butthurt, when a Legion while invisible call you out or Axe uses blink and agr? We've also found the solution to this problem, when trying to call you out or agr on you and other skills (Ultimate Pudge, Ultimate Doom etc.), the soft will automatically throw the enemy or you into the Eul's Scepter of Divinity (if they are collected), the Urn of Shadows or Force Staff. 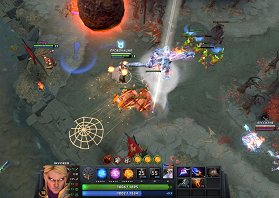 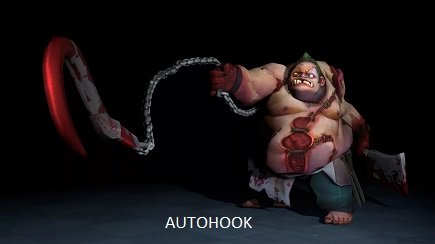 Also we touch upon Pudge

Now you can use AutoHook. The software itself calculates when to hook and where from, also when you hook, Pudge immediately begins to Ult and switches ROT, which gives no chances for a hero to escape.

Each of you has probably been in a situation when Phantom lancer generates its own illusions, you use skill and get into a copy. Oh no. How disappointing. Our team solved this problem by highlighting the true hero with a special effect and now you will never miss. 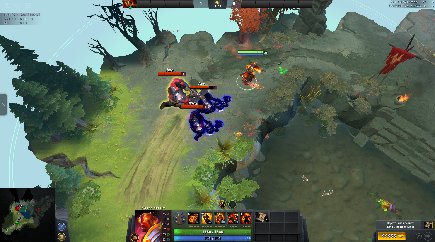 ТNow there will be no difficulties to escape from Spirit breaker or avoid being caught by enemy heroes under Bounty Hunter track. If Spirit breaker takes a run-up on you or your ally, there will be lighting run-up icon or BH track over the hero. Very convenient feature, Helps to survive or prepare to fight back.

3 cool features such as Last Hit key, Deny key, Crit Hack key are added. They will help you to finish off enemies, deny enemy creeps and just make combos - hard feature. For each hit, the hero gives crit if there is such an ability or an item is collected. EASY FAAARM 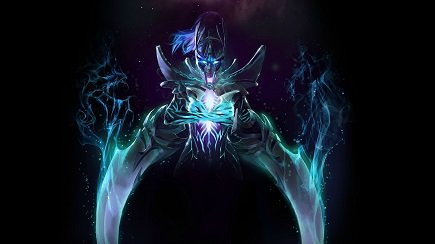 The HERO SPECIFIC menu includes standard combo attacks for each hero, so we decided to show a few combos. In addition, on our forum, participants develop their custom functionality and share it in their own topics. After registration, you will be granted access to the forum with combo attacks for heroes for personal use.

An additional functionality that is easy to install and use, all attacks can be set automatically in the menu. For items farming, use standard features for denying creeps to farm items for Carry Windranger as fast as possible.

SKYWRATH MAGE includes a set of skills that deal huge damage, combined with items that increase magic damage, Skywrath leaves no chance to an enemy. All enemy's possible movements functionality calculates automatically, you just need to choose a victim.

Pugna's basic skill increases magic damage, collecting items that cause damage, pugna becomes a killer. Pugna can use all inventory items and its own skills automatically.

Tusk is a very dangerous character, especially when you press all the buttons) The demo shows CD combos of items and skills which give no chances to survive against Tusk.

Enigma is the initiator of battles, sometimes the player gives bad -quality blackhole, but our script will fix it and capture as many enemy characters as possible. With the help of blink dagger combo works much more effectively.

Cooldown display - shows the panel under the enemy, which displays cooldown, the level of ability and whether there is enough mana or not. You can adjust the panel size using the slider.
Blue - not enough mana
Green - ready to use
Red - not leveled up
Show Hidden Spells - shows hidden abilities: Torrent on Kunkka, Lina stun, Leshrac stun, Lifestealer's ultimate (which creep has it ), Barathrum’s run (icon over the charachter’s head who has Barathrum’s sight); Sniper's ultimate(who is ulted) ; Track BH(track effect on the target); Sacred Arrow (glidepath); The Swarm (glidepath)
Manabars ESP - shows the bar of the enemy's mana indicator.
Jungle Maphack Shows which camp of forest creeps the enemy farms.
Enabled (MiniMap) - display on the minimap.
Enabled (World) - display on a full game map.
Visible By Enemy Visible By Enemy Displays a circle under yourself\ ally when it is visible(the enemy sees it, the enemy is invisible, creep, ward, or for any other reason) - in general, it works as Slark’s ultimate. It helps you find wards, make successful gankings and also avoid them.
illusion ESP Highlights illusions separately from the original
Show Original - raises the real hero and highlights it in yellow.
Camera Hack allows you to change the standard value (distance) of the camera and removes the fog at a distance. The range can also be changed to the mouse wheel(the menu must be closed)
Weather - allows you to change the weather in Dota without purchasing.
Auto Accept Matches - automatic game acceptance.
Rune Snatcher - automatic runes selection when you get close to them.
When enabled, it blocks the mouse and prevents clicks onto the Dota interface when the menu is open.
Auto Activation: Shows teleportation and ability particles during war, eg. Anti-Mage Blink, Lina's Stun, Enigma's Midnight Pulse.
In general - partial MapHack on spells and teleportations.